14th March 2016 By Rick Kelsey / Newsbeat reporter There's a warning not enough is being done to stop the spread of sexually transmitted infections (STIs) through oral sex. Some of the UK's leading sexual health doctors fear people who change partners frequently may not be adequately protecting themselves. The British Association for Sexual Health and HIV (BASHH) says it's … END_OF_DOCUMENT_TOKEN_TO_BE_REPLACED 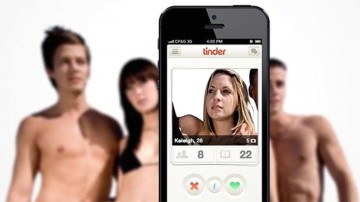 3 March 2016 by Madhumita Murgia Tinder users are twice as likely to have a sexually transmitted infection as those not on the app, research has found. The study, conducted by British online pharmaceutical company Medexpress, surveyed 2,899 UK-based sexually active adults, asking them if they had had an STI, and if yes, which ones. Over three-quarters of the Tinder … END_OF_DOCUMENT_TOKEN_TO_BE_REPLACED